Details: A group of anti-war activists gathered at Long Beach's Harvey Milk Promenade Park Sunday morning to rally against the #Trump Administrations' decision to kill Iranian general Qassim Suleimani in a targeted drone strike in Iraq. The event was helmed by Democratic Socialists of America, Long Beach and the People’s Revolutionary Party of Long Beach. According to the NYT, 1,000 anti-war demonstrators in Washington DC gathered outside the White House. Attendee of the ral
23 views

What Happened: A handful of Trump supporters had a physical altercation with anti-Trump protesters near the intersection of Pine Ave and Ocean Blvd steps away from the California Democratic Party Convention. According to the LBPD, three people were arrested for assault. The incident reportedly started when two men approached a handful of Trump supporters and started arguing, then the arguing escalated into a physical altercation. At some point during the brawl, an anti-Trump
115 views

Speaker Nancy #Pelosi announced on Tuesday afternoon that the House of Representatives will open an impeachment inquiry into President #Trump regarding the Ukraine scandal. "Today, I'm announcing the House of Representatives is moving forward with an official impeachment inquiry. I'm directing our 6 committees to proceed with their investigations under that umbrella ... The president must be held accountable.No one is above the law " Making History: Speaker Pelosi and other e
7 views 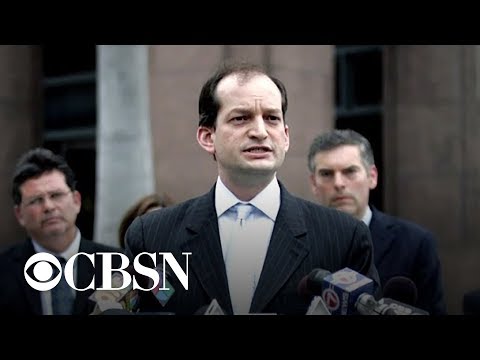 What Happened: #Trump's Labor Secretary Alex Acosta announced earlier today that he would step down next week. But Why?: Since Jerry Epstein's arrests last week over sex trafficking charges, the amount of attention brought on renewed scrutiny of Alex Acosta's 2008 plea deal with Epstein. While serving as a federal prosecutor in Florida, Acosta made what many considered to be an excessively lenient deal for the type of sex crimes Epstein was accused of. Some critics even claim
1 view